This Windham, CT homeowner’s basement was completely unfinished and practically unlivable. Since the family did not typically go downstairs, it had become a cluttered storage space over time. Rather than let this space go to waste, the homeowner decided that he wanted to transform his unfinished basement into a beautiful living space for him and his family to enjoy. He previously had his basement waterproofed by Connecticut Basement Systems and knew that they had a division devoted to basement finishing, so he reached out to the experts at Total Basement Finishing for a no-cost, no-obligation estimate.

On the day of the appointment, Sales Representative Taz Peterson drove to the home to evaluate the basement. He quickly realized that finishing this basement would be an extensive project. Each wall was comprised of a concrete lower half with wooden studs for the upper half. On every wall and throughout the basement sealing, fiberglass insulation was exposed and often sagging or hanging down. Unsightly plumbing, wiring, and support poles were visible in several places, and the basement stairs were unfinished as well. After he finished surveying the area, Taz shared his findings with the homeowner and suggested some possible solutions for finishing the basement. The homeowner agreed with Taz’s assessment and, after further discussing his options, decided to move forward with the project.

On the day of production, Bruce Reynolds and his crew traveled to the home to begin their work. First, the team tackled the unfinished walls by installing EverLast throughout the basement. EverLast isn’t just a wall panel, it is a moisture and mold-resistant insulating wall system. Made from 2 ½ inches of rigid foam insulation and a 1/2-inch vinyl-finished concrete cladding, EverLast provides a clean, finished look and an R-value of R-13. Being 197% stronger than traditional drywall, EverLast provides durability, insulation, and visual appeal all in one. All of this is why EverLast is backed by a 50-year transferable warranty, and why the homeowner chose it for his basement.

Next, the crew installed ThermalDry vinyl floor tiles in Sandstone Gray. Like EverLast and Finished Linen tiles, ThermalDry flooring is specifically designed for basement environments. Made from inorganic materials, these 1’x1’ tiles will not be damaged by moisture or support mold growth. Each tile also stands on small plastic pegs that create a thermal break between the tile and the cold concrete below, keeping ThermalDry 8-10 degrees warmer than the existing concrete floor. Plus, the tiles simply snap together with interlocking joints, which makes installation speedy and allows for easy individual tile replacement in the case of floor damage. With all this to offer, the homeowner knew that ThermalDry would help give him a beautiful basement that lasts.

With that, the crew wrapped up the project and began clean-up. As they finished the job, the homeowner was stunned to see how his basement had been transformed. The downstairs space had recently been no more than a cluttered storage room. Now, it had become a beautiful living space that the homeowner could share with his family for years to come. 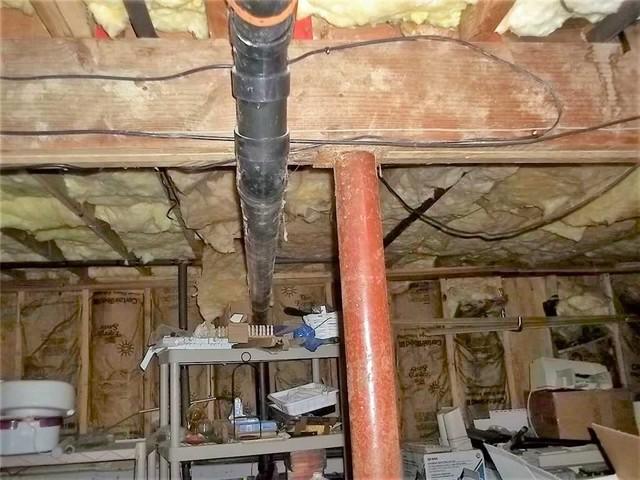 This support pole was uncovered, and the unfinished ceiling left fiberglass batts exposed. 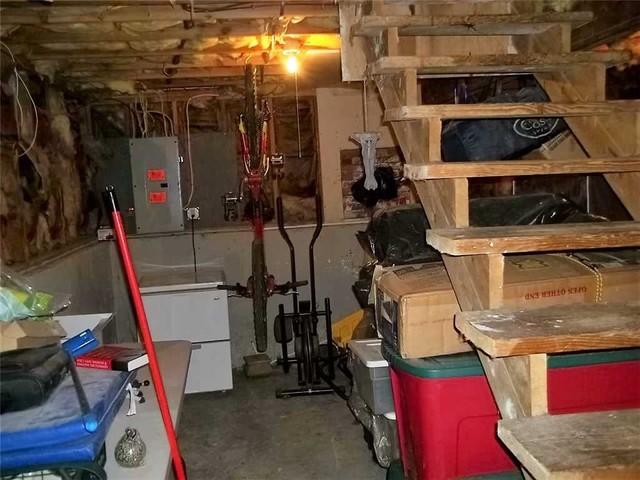 Unfinished stairs and floors made this basement uninviting 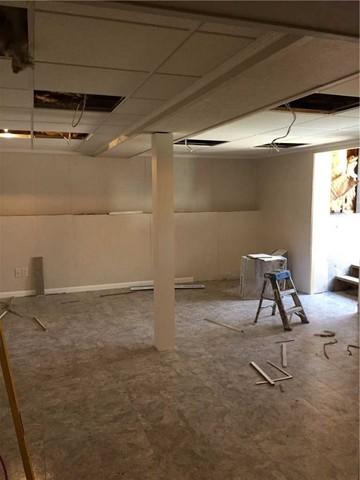 As the ceiling tiles go in, this finished basement starts to take shape. ThermalDry floors and EverLast give the room a warm, comfortable feel.

Back to Previous Page
Back to Case Studies