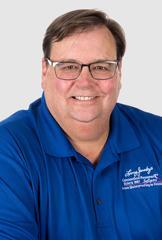 Keith has been working in the construction industry for over a decade and has an extensive knowledge of basement waterproofing, moisture control and waterproofing. He can take a dank, dark musty basement and turn it into a bright, clean, beautiful finished space.

Keith is a true professional and brings a focused, intelligent approach to each job he is involved with. He is a trusted member of Total Basement Finishing and upholds the high standards of the company.

Keith enjoys meeting with homeowners and helping them solve their basement problems, enabling them to get more out of their homes. Keith has two grown children and spends his free time with his wife and their “third child”, their dog Kali, while patiently waiting for grandchildren.

Before and after photos from jobs I've worked on:
Back to Previous Page Back to Meet The Team